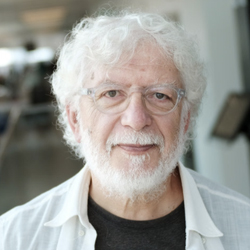 Frank has a background in architecture, planning, urban design and teaching. He has a degree in Architecture from the University of Toronto and a degree in Urban Design from Harvard. He is a Fellow of the Royal Architectural Institute of Canada, a Fellow of the Canadian Institute of Planners, and a Charter Member of the Licensed Professional Planning Association of Nova Scotia. He has been a professor in the Faculty of Architecture and Planning at Dalhousie where he also served as Director of the School of Planning and Dean of the Faculty. Frank started the CEU in 1993 and has been its director since its inception. He also started the Planning and Design Centre (PDC), a not for profit organization dedicated to connecting people to planning and planning to people; increasing public/community awareness and access to planning; serving as a forum to engage “the public”, decision-makers and experts in discussions about the future of their communities, and provide leadership in making community-based change happen on the street (in public infrastructure).

In the course of his career, working as a designer in an Architecture office in Toronto, as Director of downtown Planning for The City of Calgary, as the principal investigator for a CIDA funded project in Brazil, as an administrator and professor at Dalhousie and through his work on every project undertaken by the Cities and Environment Unit, Frank has been committed to community engagement (working with communities so they can shape their own future); passionate about bringing together (and thinking about) different disciplines, points of view and aspects of a project to leverage assets in a way that lifts the entire community; and, driven to make a lasting difference on the ground. His work has been widely recognized in a number of publications and many awards